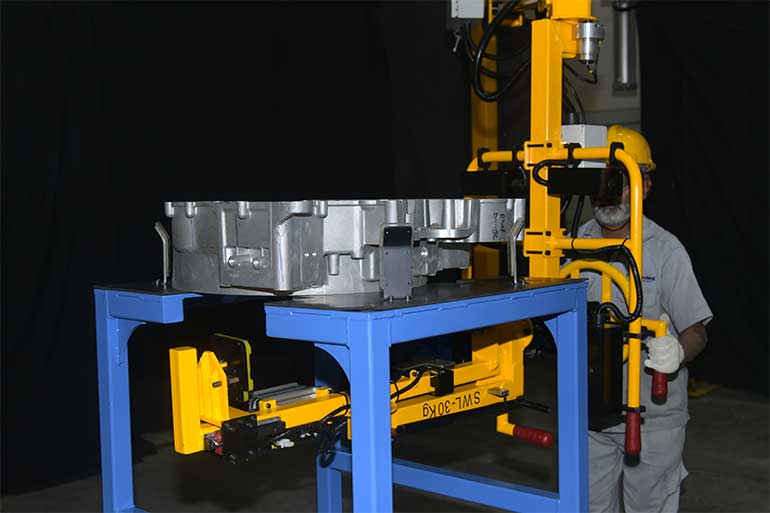 Requirement of a manipulator which would handle a flywheel housing across whole line from trolley to final packaging stage, during which multiple operations would be performed on the housing. A single gripper was required to carry the housing to all the tables and it also included rotation of housing in different directions.
Get in touch: +(91) 88888 08971

Initially the flywheel housing will be present on the trolley in a horizontal position.

The gripper will clamp and lift it from there and will place it on different tables where various operations will be performed on it. While placing it on the tables, the manipulator will have to rotate the flywheel housing in clockwise or anti-clockwise direction, by 90 Deg or 180 Deg and in XY-plane or Z-plane. In one cycle, the component will undergo various processes like marking, washing, etc.

FH&A decided to use a standard S-80 rail mounted manipulator for this process. Only a small modification was made in the standard product, i.e. lifting arm was removed since it was not required in this operation. In this process, a flywheel housing of weight 20 kg had to be handled. There were three different variants of the housing, but since all of them were having same weight, a separate selector switch was not provided to the system.

The handling system was rail based and since it had to cover a large area for different processes, long and cross rails were installed on which the manipulator can travel easily.

The process mainly consisted 90 deg clockwise and anti-clockwise rotation of housing in X-Y plane and 180 deg rotation in z-plane. So Indexing plungers were installed on manipulators for rotation selection. Also, an arrangement of inversion table was made in order to easy inversion operation. There was also a small modification made in the existing system, that was- Earlier a trolley was used in which the flywheel houses were present in vertical position. It was later changed to horizontal for easy operation.

Earlier the process was done manually and it used to take 2 people to handle flywheel housing. after implementation of this system, only one operator can perform whole process with the help of manipulator.

Multiple processes and variants with single gripper
An effective H-type rail system consisting long and cross rails was installed so that the manipulator can cover a large area of 13.5m*5m. Also there were 3 type of flywheel housings were to be handled using single gripper, so the gripper was designed in such a way that the one jaw of the gripper was fixed and the other one was movable.

Rotation and Inversion of housing
The housing had to be inverted multiple times in the process. To make this easy, an inversion table was specially developed in which there was a cut in the middle of the surface of the table.

Different working heights
The flywheel housing had to be placed on different working platforms for performing some operations and the heights of these platforms was different in each case. To tackle this a facility of zero gravity up-down movement of manipulator was provided.

Precise Mounting on operation platform
Level adjustment facility to the front part of the manipulator was provided, which made it capable of adjusting the mounting angle by 2-3 degrees for precise mounting. 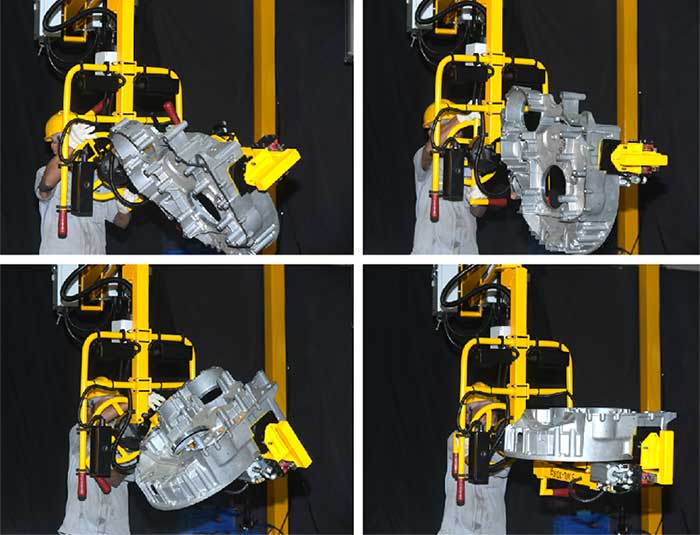 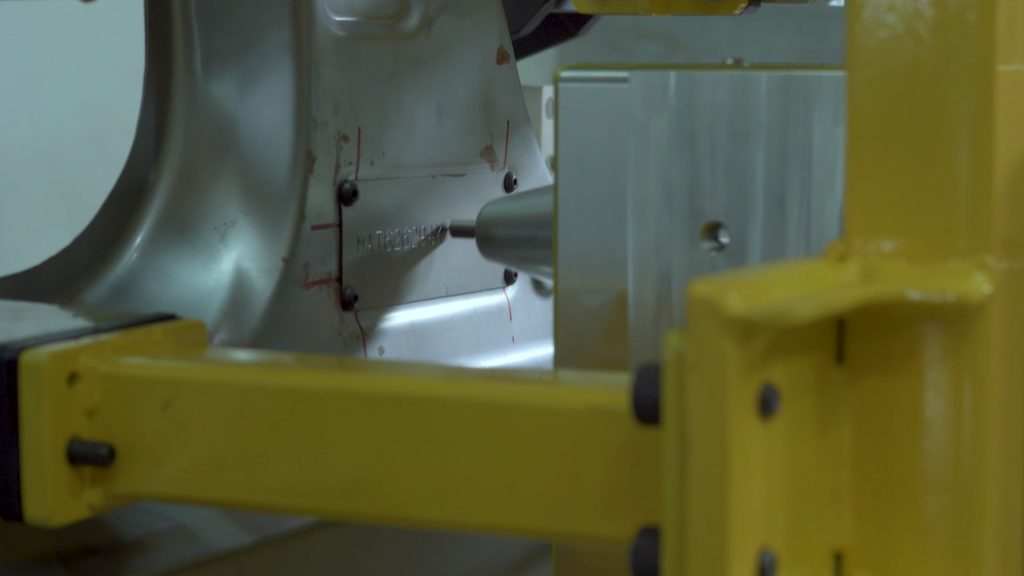 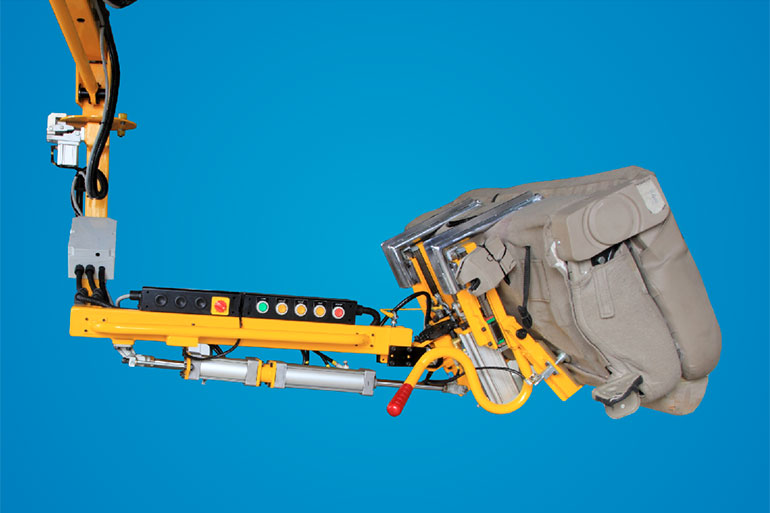 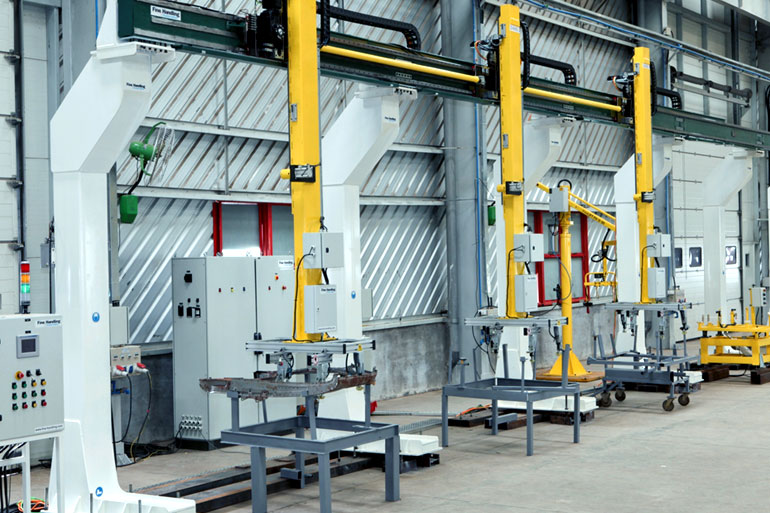 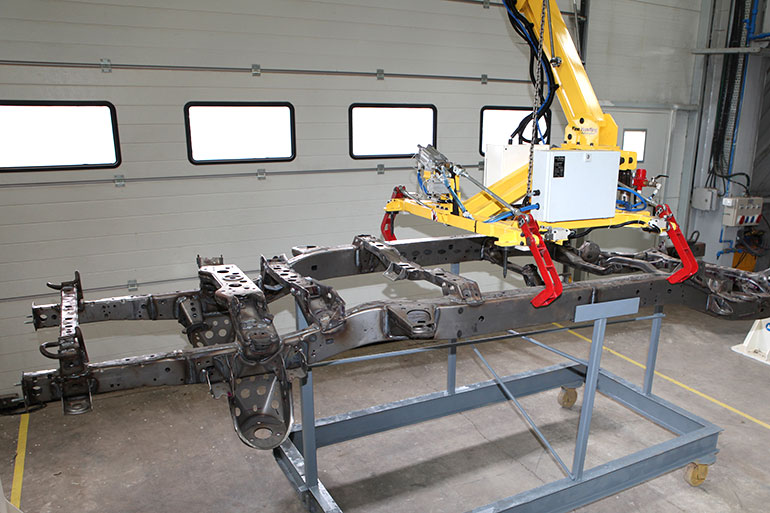 Pick-Transfer-Place of large Chassis with Elbowlift 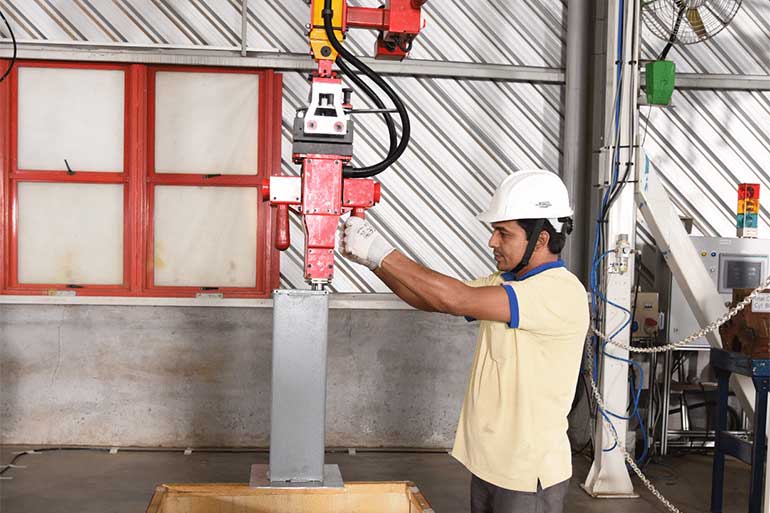 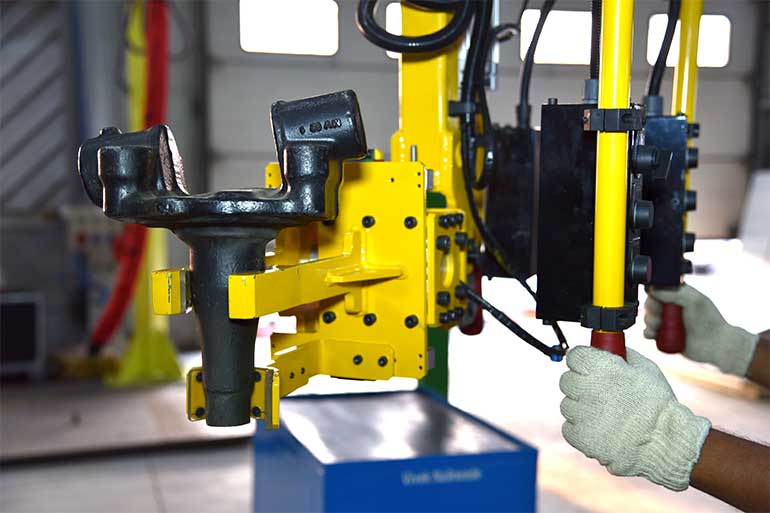 Effortless handling of Stub knuckle on the machining line 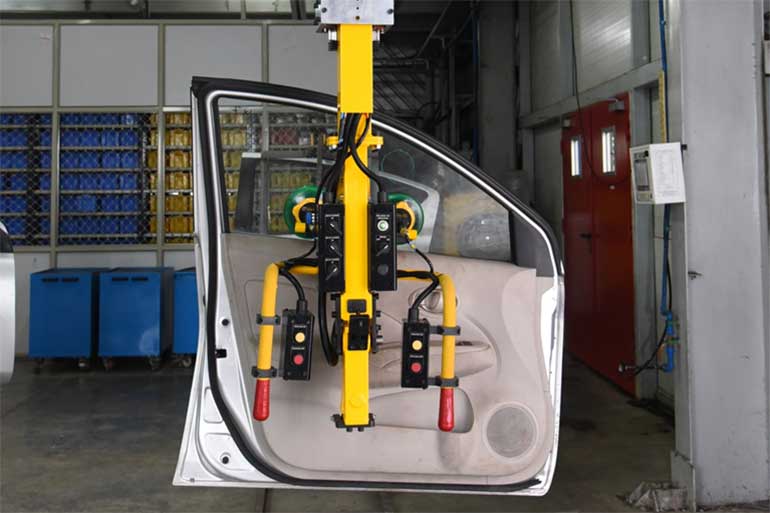 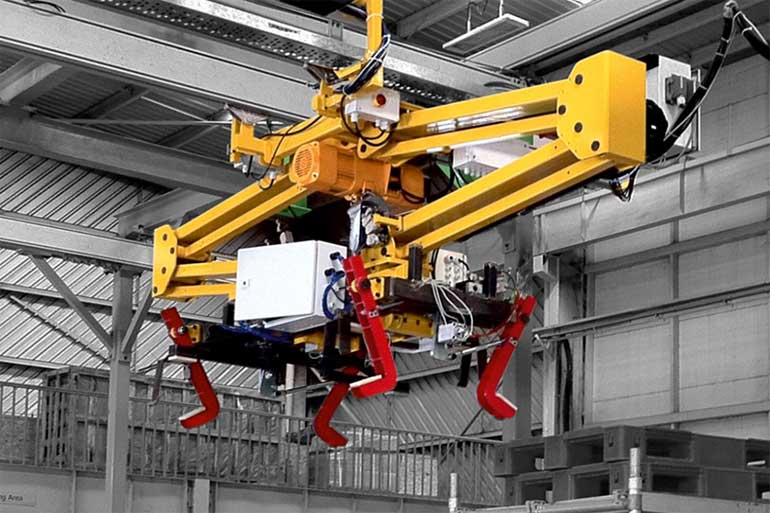 Rail mounted ElbowLIFT for smooth transfer of chassis on the assemblyline 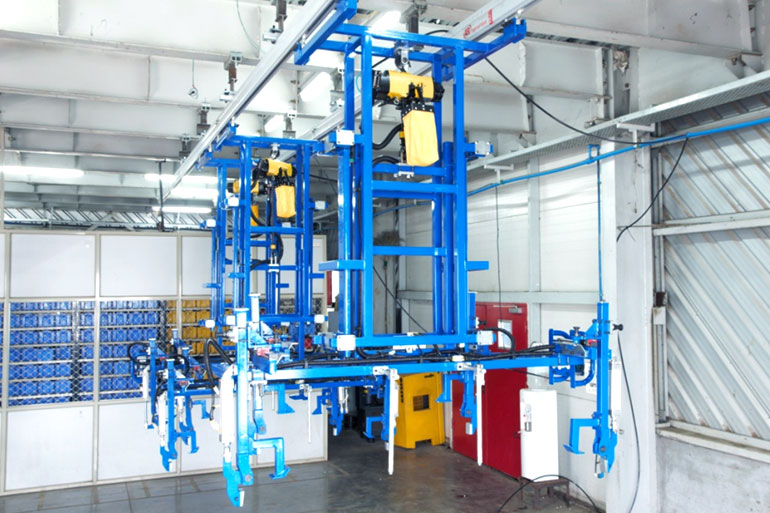 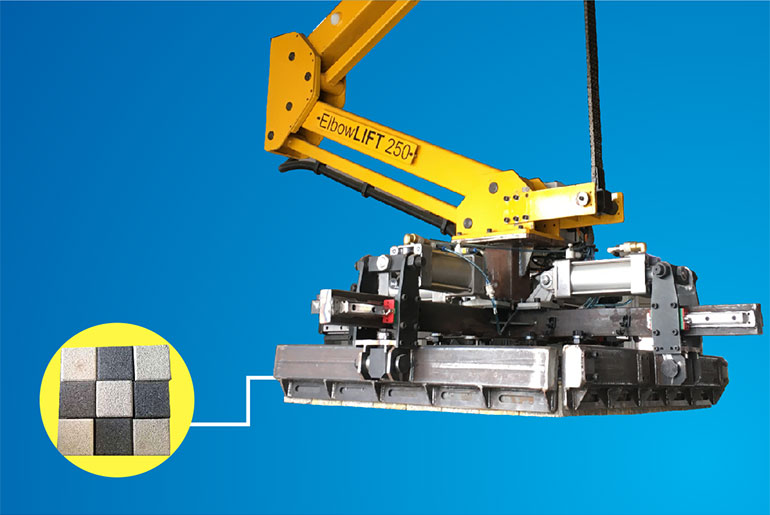